Before discuss about different vloggers of India. First, it is important to know what a vlog is? Who are Vloggers? Here are the answers to all questions. Vlog is a combination of Blog and Video. It is a video about anything, such as about a person’s life, fashion, traveling, and many more. Vlog is a video description about any topic like traveling, youtube, or any topic. It is a video blog that consists of information about traveling, food, fashion, or anything. In these and except these fields many people explore and created V blogs and comes in the list of 10 best Vloggers in India. And, Vlogger is a person who creates a video on any topic and shares it publically.

It was all started from writing blogs, and on the current day, it has been reached to video blogs, audio blogs, and many more. There are different types of blogs. Some of them are:

So, there are many fields that may be used for Vlogging, but I have mentioned some of them here. There are infinite fields on which a Vlog can be created. After discussing over Vlog and Vloggers let us try to find the best 10 Vloggers in the world. Here is the list of best Vloggers in India:

Here is the list of Vloggers with their followers:

Let’s discuss the Vloggers in the field of traveling. Varun Vagish starts trekking from the last 15years. Till now he earned 347K subscribers all over India. He was a journalist and now he is a full-time YouTuber. The Vlogger mountain trekker (Varun Vagish) manages to do 3 to 4 trips in a year in the budget of a trip, where we normal people earn and save the whole year for a single trip. He holds the degree of doctorate in mass communication, before starting trekking and all, he was a journalist, but now he is a full-time traveler. He also received National Award by the Ministry of Tourism, India. He has explored the remote locations of India for the last fifteen years. His youtube channel was started in the year 2017.

Recently he gave Ted Talk on his journey names as ‘The 1000 Mile Journey Doesn’t Require a Million Bucks’. In his budget management, he says that he spends on three things, food, shelter, and transport. He used to eat packed foods in abroad, travel via trains instead of flights, and mostly he used to stay in hostels and homestays. So, this is the journey of Varun Vagish.

Mohit Manocha is a traveler with about 741K subscribers on youtube. He owns a Vlog named as Travelling Desi. He travels to foreign countries and shares his experience. He was born and brought up in Faridabad and lives with his mother there. He started Vlogs making in the year 2011.

He created his Vlogs in the Hindi language. He follows Varun Vagish. He has about 69.4K followers on Instagram with id thetravelingdesi. That is why he comes in the list of the best Vloggers in India.

With 1.1 M subscribers on youtube, MSK Vlogs becomes the 8th best Vlogger in India. This Vlog is a youtube channel that is managed by Mohammad Salim Khan who is from Mumbai and is known for his Moto and lifestyle Vlogs. MSK likes to travel around the country and ride his motorcycle with his friends according to his videos. His videos contains day to day contents.

MSKs videos are based on lifestyles. This Vlog belongs to a person of Mumbai, whose name is Mohammad Salim Khan (MSK). He is a Youtuber, Actor, Model, and a Lifestyle Vlogger. He has a KTM 390, Yamaha R15, and Triumph Tiger 800 for his Vlogs. His vlogs are based on traveling, bikes, and lifestyle, and he uses the Hindi language for creating his videos.

The great Vlogger PrabhJyot who is a famous YouTuber who loves motorbikes also known as Ever Smiling gentleman. According to him, traveling gives him energy and it is equal to exploring your mind and exploring the world too. He is a food and travel Vlogger. Many places like Ladakh, Lamayuru, Saach Pass, Bangkok, Singapore, and many more have been visited by him.

He is a software engineer, and he loves motorbikes which can be seen in his YouTube videos. His channel has 1.2M subscribers. He also owns an Instagram page which has 272K followers.

Gaurav Taneja who is a fitness vlogger-cum YouTuber started his Vlog named as Flying Beast. He including his wife Ritu Rathee Taneja who is a pilot by profession, a YouTuber by partnership, a popular blogger runs their Vlog Flying Beast in partnership. It is based on fitness, family, personal life, and travel. Their channel have 2.7M subscriber and 909K followers on Instagram.

Like his online personality, the journey as a digital influencer was also interesting. There is hardly any weak moment for him from pursuing IIT Kharagpur to the role of fitness vlogger. I think we must agree with them about the beauty of our country, and wait for their next video where will they off to next.

This is the fastest-growing youtube channel who received the award for more than 1Lakh subscribers. Their channel is based on 3friends who are famous for their pranks, challenges, and other activities. With 2.9Msubscribers on youtube and 178 K followers on Instagram, it secures the fifth position in India’s best Vloggers. This channel is named on Rishi Dev, Mohena Singh and Gaurav Wadhwa.

He is a YouTuber (Vlogger) who is not interested in studies, and want to live his life according to himself. In the year 2013, he started Vlogging. He was born on 7th October 1993 in Kota, Rajasthan, later his family shifted to Delhi. His graduation was completed from Mechanical Branch, he had completed his B.Tech from Greater Noida Institute of Technology, Greater Noida.

He loves riding and his vlogs are based on biking, traveling, and events in Delhi and Delhi NCR region. His videos are based on lifestyle, and with 3M subscribers on his youtube channel, he earned the fourth position in the list of best Indian Vloggers.

Mumbaikar Nikhil is a famous YouTuber and Vlogger who posts videos for fun and now becomes a famous Vlogger with 3.1M subscribers on youtube. He was the first who introduced moto-vlogging in India. Not only introduced, but also posted videos on moto-vlogging firstly. His real name is Nikhil Sharma. He is famous among bikers and moto vloggers in India.

Nikhil was born on November 4, 1991. He started his graduation in Hotel Administration, but soon he joined for Jet and Qatar Airways and cleared. After that, he choose Qatar Airways over Jet and appointed in as a flight restrained in the Airlines for six years. In the year 2010, when 10 days left for his rejoining, unfortunately, his father passed away. So, he had to stay there and started his private job. And from the year 2013, he started Vlogging his movements.

He was a very famous Vlogger and YouTuber. He was also known by Famburh name. He was born on March 16, 1996, in Mumbai. As a rapper, he started his career. After earning name and fame he shifted to Seawoods. He was a lifestyle Vlogger, YouTuber, and Rapper who got famous after participated in MTV’s Ace of Space Season 1. He used to call himself as #coolestbadboi. His videos are based on pranks, fitness, and fashion. His first video was based on the styling of hair. By youtube, he received silver and golden play button. He has many tattoos on his body, and he kept changing the color of his hair every month.

At the age of twenty-two, this star faced an unexpected and tragic death. He met with an accident on Vashi Highway in Mumbai, and he passed away on December 20th, 2018. His fans want to keep him alive in their memories, and at this time he has 3.2MSubscribers on YouTube and comes in the list of top Vloggers in India.

Now talking about the last but not the least, Gaurav Chaudhary with 3.4M subscribers on youtube comes on the top position in the list of best Vloggers in India. His videos are based on technology in the Hindi language on topics such as video compression and DDoS. His videos are informative and interesting. On an average two videos per day are uploaded by him. Professionally he is known as Technical Guruji which is an Indian Personality but based on UAE, who is famous for his technological videos in Hindi.

His youtube channel ‘Technical Guruji’ has 15M subscribers not because of reviews but for his easy explanation.

There are many Vloggers in India, but we tried to take out the best 10 Vloggers. I hope you will like it and keep supporting us. Overall, we would like to summarize it and hope you had liked it. If any suggestion requires please write in the comment box. 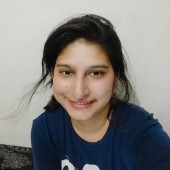 Krati Joshi likes to write articles about tech, health, and lifestyle. She comes from a technical background. Krati considers herself a blogger who is eager to create many more articles and believes mindfulness is key to success.

Worth reading...
Best Omegle Alternatives | Top 10 Sites like Omegle in 2020