New Zealand is Corona Free: What Worked in Their Favor?

New Zealand has been declared as corona free recently when they treated their last COVID patient. The prime minister of New Zealand Jacinda Ardern said in a statement that she did a little dance hearing the news.

It is being considered the best response to the COVID-19 till now by any country. According to the official sources, New Zealand has had 1,504 cases of COVID-19 and only 22 deaths. This is the lowest for any country with a similar population.

When the whole world was fighting and struggling to stop the cases what were the strategies New Zealand established to beat this deadly virus?

The lockdown was sudden and strict

On March 15 when New Zealand had only 100 cases, they closed their borders for every foreign country, and for travelers, there was a mandatory quarantine period of 14 days.

Just 10 days later to that, New Zealand imposed a countrywide full lockdown that lasted about a month until they slowly eased some of the restrictions. In this lockdown period only grocery stores, pharmacies, hospitals, and gas stations were open, vehicle travel was restricted, and social interaction was limited.

Before the lockdown, PM Ardern said “We must go hard and we must go early,”. and that worked out in favor too.

There was clear communication of rules

It was also important to inform every citizen about the lockdown and deliver the message properly. This was the emergency text shared with residents “This is a message for all of New Zealand. We are depending on you,” it read. “Where you stay tonight is where you must stay from now on … it is likely [the strictest] measures will stay in place for a number of weeks.”

Later on, PM also briefed the country many times addressing her approach towards fighting coronavirus and people understand it. New Zealanders believe that constant communication about prioritizing health was effective.

Last week Ardern announced the country could process up to 8,000 tests per day, which was the highest testing rates per capita in the world. In total, they tested 295,000 people but still, it is the highest no per capita for any country.

New Zealand officials believe that ramping up the testing and isolating people in time proved effective for them.

It was a new virus to all but New Zealand followed the best guidelines to fight this deadly virus.

The officials who fought corona in New Zealand say that “The cornerstone of a pandemic response for every country must be to find, test, isolate, and care for every case, and to trace and quarantine every contact. That is every country’s best defense against COVID-19 and it is how New Zealand succeeded in overcoming COVID-19.”

and of course geographical advantage

The borders of New Zealand are the best advantage they got over other infected countries. They have more control over people crossing their borders.

Being a lightly populated country was also an advantage as the virus travels through persons. It didn’t widely spread with such a low population. It would be really hard to replicate this in a country like India where they have connected borders and such a large population. But moving swiftly can stop the spread of the virus in other countries as well. 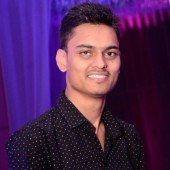